0 user and 4 guests have thanked. 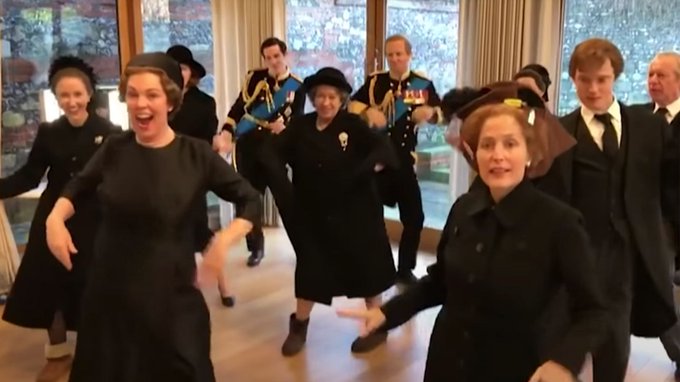 The stars of “The Crown” are feeling “Good As Hell” in this clip showing them dancing to Lizzo’s hit song. But, according to actor Gillian Anderson, the video was “never meant to see the light of day.”

Anderson, who plays the late British Prime Minister Margaret Thatcher in the hit Netflix show, explained Monday how the video — filmed on-set before the coronavirus pandemic during a break from a funeral scene — was originally only intended to be seen by friends of co-star Olivia Colman, who portrays Queen Elizabeth II.

“Olivia apparently does a dance class in the area that she lives with a bunch of friends, on a regular basis, and the last time she did the class, they had danced to that Lizzo song,” Anderson recalled.

“She asked if we would happen to be interested in maybe doing it, and she would video it. And then she would just share it only with her friends ― the other dancers. So it was never meant to see the light of day,” she explained.

“And yet, here we are,” said Meyers, introducing the clip (from the 2:30 mark in the video below).

“It’s really good, you guys are really good,” Meyers said after airing the video of Anderson, Colman and their co-stars copying Lizzo’s moves.

“So humiliating,” joked Anderson. “The look on my face ― such delight and shame all at once.”